I’ve just finished listening to the President nominate Judge Merrick Garland for the empty seat on the U.S. Supreme Court. His choice is a good one, which appears to be based entirely upon Judge Garland’s credentials and temperament. That is what the Constitution asks for, and President Obama has used great discretion in making this nomination.

There is no sign of political advantage to this appointment, and there is no scandalous history to prevent it. In a year when it would be easy to choose a crony, the President has acted appropriately, and is to be congratulated for that.

But already the Republicans in the Senate are laughing and saying that he can nominate until he is green in the face, and they are not going to move. There will be no interviews; there will be no hearings. There will be no votes to either approve or disapprove this candidate. As long as Barack Obama is President they will no act. IN SPITE OF THE FACT THAT THE CONSTITUTION LAYS OUT SPECIFIC RULES FOR THE SENATE REQUIRING THEM TO ACT IN RESPONSE TO THE PRESIDENT’S NOMINATION.

This is disgraceful. Barack Obama is the President of the United States until mid-January,2017. If the country is attacked by a foreign nation before then, it is required that he respond. If there is a disaster in this nation, the President must make assistance available for those requiring help. If the military runs out of money, the President must push to provide adequate resources for them to continue to protect and defend this country.

And, if there is a vacancy on the bench of the U.S. Supreme Court, the President must nominate a replacement…and the Senate must act to approve or disapprove that nomination. It is as urgent a matter as a military attack. For the country to go a whole year without a full court is unthinkable.

But for a Republican-led Senate (not for long, I hope) to refuse to act because of politics is not only refutable…it is not just or fair.

In his remarks at the nomination event, President Obama called for the Senate to act on this nomination, and to do so quickly. He asked them to be fair. 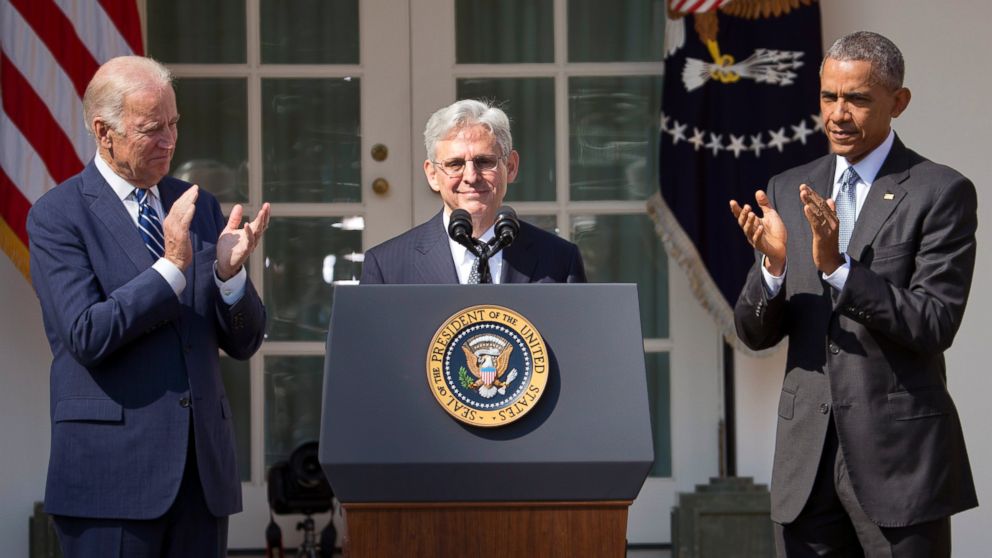 In a recent blog on justice I pointed out that one definition for the word justice is fair. It is a simple word, one which children and adults can understand. It doesn’t take a constitutional lawyer to define it. Kids know that fair means that there is an evenness in the game. If there are five members of one team, there should be five on their team also. If the players on my team are all fifth graders, the other team should not be from Middle School. If there are boys on the team, there should be girls also. If I win your marble, you should give it up to me. If Mom says “be home by five o’clock”, I should not be punished if I’m home at 4:30. Rules count. That’s fair.

If the Republicans reject this understanding of the Constitution, and refuse to respond to the President’s appointment…it isn’t fair. It isn’t just. It destroys all else that the Constitution requires of us.